In autumn 2014, during the last few weeks of the Scottish Independence Referendum campaign, researchers at Robert Gordon University explored the Twitter response to three live televised political debates, each of which involved high-profile participants.

This pre-debate polling was used to convince candidates to participate by showing public interest in debates, as well as to identify issues of concern to help ensure debate questions focused on the most important topics for voters.

"This case intends to help other peer organizations in the region and beyond to understand their potential role in electoral campaigns and provide a toolkit for think tanks’ involvement in the matter. The document presents the context in which the initiative was developed, the strategies that the organization carried out to promote policy debate, a balance addressing internal and external issues, and some lessons we have learned from the experience."

Two-thirds (67%) of those who voted in the 2008 election said the debates between Barack Obama and John McCain were very or somewhat helpful in deciding which candidate to vote for, according to the Pew Research Center’s quadrennial post-election survey. (About three-in-ten (28%) said they were “very helpful” and 39% said they were “somewhat helpful.”)

The number of those who gave positive marks to the debate as an aid to their decisions was the highest since the 1992 debates between Bill Clinton, George H.W. Bush, and Ross Perot.

In contrast, voters found the candidates’ broadcast commercials to be significantly less helpful. Just a third (32%) described the ads as very or somewhat helpful compared to 66% who said they were not too or not at all helpful. 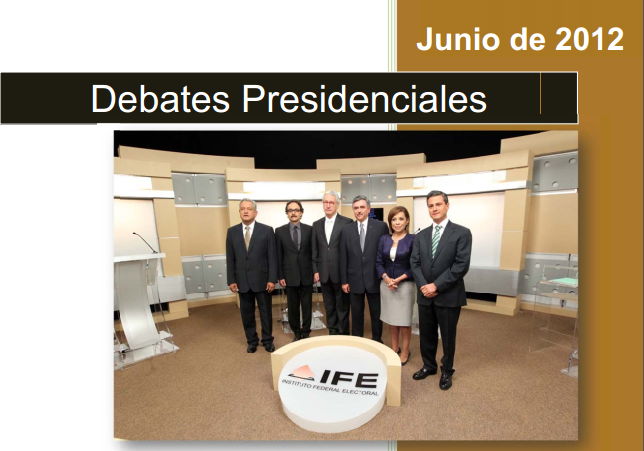 The Institute of Economic Affairs, IEA, has since the year 2000, Torganised Presidential Election Debates ahead of each of the national presidential elections. In 2008, two debates were carried out. The theme for the debates was “Strengthening the Pillars of Ghana's Democracy”. The first of these debates took place in Accra on th the 29 of October, 2008. 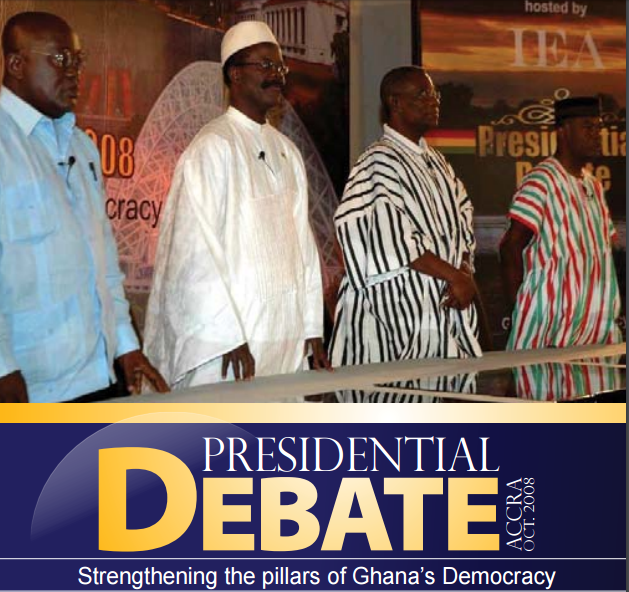 Campaign 2004 has all the earmarks of an election that could turn on the presidential debates. John Kerry’s electoral fortunes depend heavily on his ability to ease concerns about his leadership. He must also convince voters that Bush has mishandled the situation in Iraq and has not done a good job with many domestic issues, including the economy. For his part, George Bush must successfully defend his policies at home and abroad, and cast Kerry as ill-equipped to lead a nation at war.

While the candidates emphasize these themes every day on the campaign trail, the debates guarantee them a vast and attentive audience. In the most recent Pew Research Center poll (Sept. 8-13), 61% said they are very likely to watch the debates, as compared with just 43% who said that prior to the presidential debates four years ago. Interest in the debates among independents, in particular, has increased dramatically from the 2000 campaign.

See a list of the countries and regions that have held debates here.

Are we missing anything? Please let us know about other DEBATES